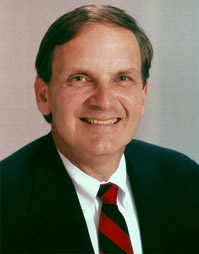 Douglas E. Jones (djones@slblawfirm.com) is a principal in this firm and has been in practice since 1976. Mr. Jones attended Vanderbilt School of Law and graduated from Memphis State University School of Law in 1975. He is admitted to the U.S. Court of Appeals, Sixth Circuit, Eleventh Circuit and the United States Supreme Court.  Doug is a Martindale Hubble AV rated attorney.

Mr. Jones’s practice includes administrative law, government relations, business, personal injury, commercial and healthcare litigation. He also served as an Administrative Law Judge for the State of Tennessee. Mr. Jones is active in the Insurors of Tennessee and has been involved in this field for many years. Mr. Jones was the Treasurer for the Nashville Bar Association from1993 to 1994 and served as the Vice Chairman of the Petroleum Marketing Committee of the American Bar Association.

One of Doug’s areas of practice is business litigation. He has spoken on this area on numerous occasions and authored “Injury to Competitors is Injury to Competition: Predatory Pricing Under State Law,” Antitrust Law and Economics Review, Vol. 24, No. 3 (1992-93).

Douglas Jones has written four books, including “A Season of Darkness,” the story of the Marcia Trimble case.  The book ranked #3 on Amazon’s “Hot List” upon its release.