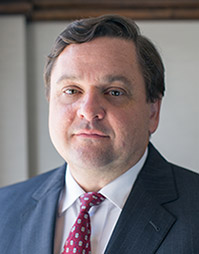 John I. Harris, III (jharris@slblawfirm.com) is associated with this firm in an of counsel capacity. Mr. Harris is also involved in a practice with his brother, Norman Evan Harris, through Harris Law Offices.

Mr. Harris graduated from Vanderbilt University with a Bachelor of Arts in Sociology and Classical Studies in 1983. He obtained his law degree from Vanderbilt School of Law in 1986.

Since 1986 he has maintained a law practice in Nashville, Tennessee where his father and grandfather had their respective practices dating from 1940.

One unique area of his practice involves the representation of nonprofit and charitable organizations. He presently represents a number of organizations that have been classifed by the Internal Revenue Service as 501(c)(3), 501(c)(4) and 501(c)(7) charities and/or exempt not for profit entities.

Mr. Harris also handles cases involving representation before the Bureau of Alcohol, Tobacoo, Firearms and Explosives which is more commonly known as the “ATF.” His representation includes representation of individuals and corporations that have or are seeking licenses as firearms dealers and/or as explosive permittees. Related to this area of his practice, Mr. Harris also represents gun clubs and sport shooting ranges in matters such as formation, operation and even zoning matters.

Mr. Harris is a referral attorney with the National Rifle Association. In that area of his practice, he handles matters involving Second Amendment rights; matters involving the operation and use of firing ranges; statutory and regulatory matters involving firearms and licensees regulated by the Bureau of Alcohol, Tobacco and Firearms; proceedings to restore civil rights; and appeals from the denial or revocation of civilian handgun permit applications. Several of Mr. Harris’ clients have received litigaiton funding grants through the National Rifle Association’s Civil Rights Defense Fund.

Mr. Harris has served several nonprofit organizations as general counsel or as litigation counsel. Mr. Harris serves as a founder and presently as a board member of the Hamlett Endowment, Inc. which is a charity established in honor of Conn Hamlett to provide financial assistance to students who have lost one or both parents to continue their education.

Mr. Harris serves as the Executive Director of the Tennessee Firearms Association, Inc..

Mr. Harris is the author of several publications. His most recent publication and the one in widest distribution is the book Carrying a Handgun for Self Defense In Tennessee (3rd Edition 2003).