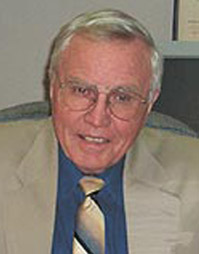 W. Wayne LeRoy (wleroy@slblawfirm.com) Prior to his retirement from the  firm, he was with the firm  since 1966 and served as  the senior principal of the firm. In addition to acting as  local counsel for Allstate Insurance Company and general counsel for Exchange Insurance Company, he was a lobbyist for Insuror’s of Tennessee and was been actively involved in lobbying, legislative issues and governmental relations for over 30 years.

Mr. LeRoy also had a broad range of experience in handling matters with the Department of Commerce and Insurance. He has was appointed  by the Tennessee Supreme Court as a Rule 31 Mediator. He graduated from the University of Tennessee in 1955 and from the Nashville School of Law in 1966. He is a member of the Nashville, Tennessee, and American Bar Associations. He is a 32nd degree Mason.